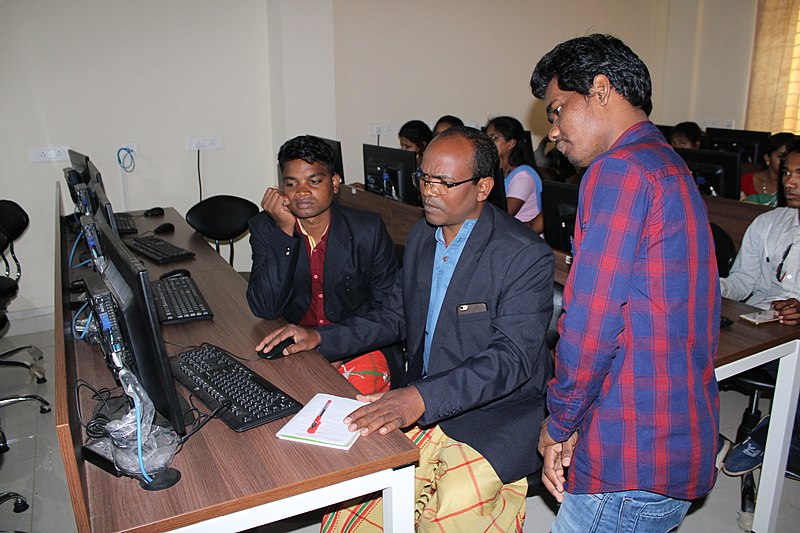 We are really excited to share the new addition to our core team as Ramjit Tudu has joined us as the lead coordinator for managing the Marginalized Community Council. Ramjit will also spearhead other initiatives focused towards the digital and human rights of the indigenous peoples. Our collaboration with Ramjit started with a Santali Wikipedia workshop in 2018 at the North Odisha University, Baripada (Mayurbhanj, Odisha, India) that was led by him and other friends from the community and some of us assisted with our volunteer Wikipedian hats. Among many other things, Ramjit is a leader in the Wikipedia/Wikimedia movement and has led many open content and open source activities to help his own language, Santali, thrive on the Internet.

We think that this announcement would be incomplete without a few words from Ramjit himself.

Subhashish (SP): Tell our readers a little more about yourself and what brings you to us?

Ramjit (RT): I am Ramjit Tudu. I am currently pursuing Bachelor in Technology and I am working for the digitization of indigenous languages starting with my native language Santali. Some of us, all friends, started the Ol Chiki Tech, a group for creating awareness for wider use of Santali on the Internet. Later when I started contributing to the Santali Wikipedia I came in touch with Subhashish and O foundation. Seeing my interest in languages, he discussed with me about OFDN. Considering the fact that OFDN is actively working for the promotion of indigenous languages encouraging volunteer-led digital activism for languages, I then thought joining the organization.

SP: What are your larger goals and how you plan to use OFDN as a platform for accomplishing them?

RT: As I belong to a marginalized community myself, I can better understand the common issues of other marginalized languages and help address them on behalf of the team. It’s also in a way the work that was with limited resources and just my own efforts  to the next level with support from my team at OFDN.

SP: From the Indian/South Asian context, your own language Santali has a long way to go but also has a lot to inspire other indigenous languages. What are your best recommendations for other digital language activists who are working towards promoting their native languages?

RT: Digital activism in indigenous languages is indeed a huge challenge but I believe that collective efforts can make everything possible. Marginalized and indigenous language communities lack resources and awareness. These things need to be developed in the early stages of digital activism. An activist of any native language must be aware that their community has to use their own language in public life so that the language will not be threatened of imminent death. Subsequent efforts must be made to the local government for preservation and promotion of native languages of the region. Emerging language activists must continuously make use of open source platforms and develop resources for the users.